Don't tag me anymore because it takes me like 4 years to respond. Here are the tags that I remember:
PURSE TAG:
I don't have my own purse anymore. My kid owns my purse so I fit my stuff in when I can. Fortunately the wallet serves efficiently as both a personal item and toy, so that always makes it in. You can see for yourself the rest. 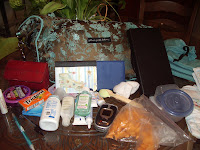 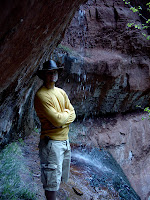 Adam Clark Burr but we really only call each other by first name if we are in a heated discussion. And lately I have started referring to him as Da Da, talking as if I am Eli because we are kind of inseparable entities and I am trying to teach him who his dad is, so that is pretty obnoxious.
HOW LONG HAVE YOU BEEN TOGETHER?:

Just celebrated third anniversary
HOW OLD IS HE?: 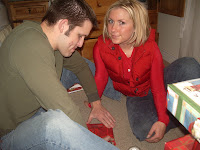 As my great grandfather would say, he is in his 25th year. And sadly, Adam doesn't think much of birthdays, or any holiday for that matter...I have no pictures from his birthday. So here is one of us wrapping presents at Christmas... I'll take one this year.
WHO EATS MORE?: 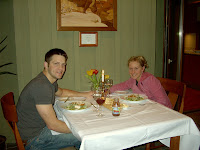 Adam for sure-one of the many things I adore about him. I can always count on him to dispose of things I know I shouldn't eat. And so can my mom. He is really helpful in cleaning up the kitchen because he just goes through and swallows anything anyone left behind.
WHO SAID I LOVE YOU FIRST: 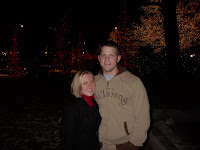 Now this is a good story. So we are coming home from a night at temple square, the same day that I had taken the LSAT. I was stressed beyond belief before that night, and finally took a breath and enjoyed myself...then my way hotter than me boyfriend starts getting into all this serious talk about the financial issues that getting married presents and where you live and blah blah blah and I just started laughing; In my head, I'm thinking-fresh off my analytical pedestal, mind you- "Wait a sec, didn't we miss a step?" so I said with a classically Ashley irreverent smirk "Adam...um, I'm in love with you."
WHO IS TALLER?: 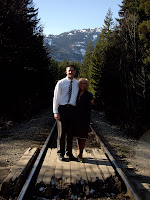 I'm not taller than very many people. Last month when my sister was here, we stopped at a convenient store to get a drink, and for one whole minute I stood next to this little Mexican dude whom I was taller than. It felt great.
WHO DOES LAUNDRY?: Adam rocks at laundry. He hates putting it away so I usually do that, but he folds like a champ.
WHO PAYS THE BILLS?: More than a little bit lamentably, I do now. Adam used to before he sold his soul to Loma Linda, but now I have to do the dirty work. It is especially depressing to pay bills with money you don't have, like a really bad and long game of Monopoly.
WHO MOWS THE LAWN?: HOA But Adam can't wait for the day. I like mowing the lawn though; exercise, suntan and meditation-what's not to like? So we may fight over it. Hopefully we have a lawn before our son is old enough to be eligible; aren't you obligated at that point to do your son a favor by making him mow? I wish I had pictures of Adam mowing the neighbors' lawns as a 16 year old in nothing but his boxers. And you wonder why I fell in love with him at age 15... 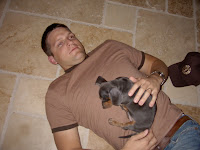 WHO COOKS DINNER?: I do usually. But Adam is following in his dad's footsteps as a grilled meat connoisseur. How manly.
WHO DRIVES?: 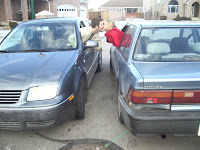 Adam. As we were washing the car yesterday we were reminiscing about his issues with my relationship to the car during our first year of marriage. Only now do I realize how crazy I made him with the way I drove...I ate in the car, rode the clutch and didn't wash it weekly. As you may well notice, there was a bit of scale discrepancy in the caliber of car we each brought to the union. He is very meticulous about the car, even though I drive it mostly. So yeah, fortunately we made it through that first year despite my best efforts to drive him crazy...ha ha pun intended. 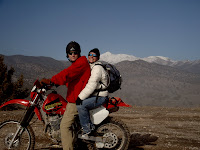 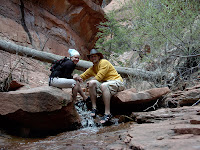 Anything outside (except run)-snowboard, hike, wakeboard, 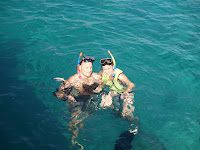 bike, play football, dirt bike, camp...mostly he plays with dental tools indoors right now but someday we will get all of our beloved hobbies back. Adam loves to learn. He excels at everything he does, so he, therefore, enjoys most things-wouldn't you? So I suppose school is a hobby too, which is great. 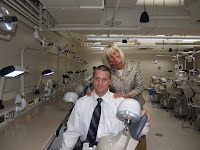 WHO KISSED WHO FIRST?: 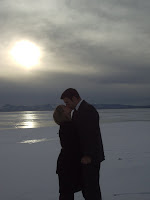 I kissed him. Another good story. As you can tell, there is a bit of a height difference. And he was still such a weirdo missionary when we started dating, so I am not as aggressive as I sound...
WHO PROPOSED?: Remember the "I love you story?" Pretty much what Adam was trying to say when he was talking about money was "I love you and I want to marry you." But after our wedding was already planned by my mom and sister, he took me snowboarding on my birthday, made me hike up a cliff, kissed me and gave me a ring before making me jump off a wind drifted snow cornice. It was awesome. But we took a stupid film camera so I have no pictures to post. They are cool though.
WHO HAS MORE SIBLINGS?: Adam-3rd of 6. I'm the oldest of 5.

I don't remember any of the other tags. No one else tag me though because I never do it.
Posted by Ashley at 9:01 PM

hahaha. i'm glad someone else hates all the tagging as much as i do. the only reason i've done it is because kenna's the one who has tagged me. and i love the car pic. i remember that. trippy that it was three years ago.

Glad you did just this one - I needed to know more about Adam! And now I know!! Great pics by the way, very fun, and informational:)

Adam used to love his birthday. Now, I'm sure it's because he hates to spend money, he doesn't like it? Weird kid.
It's good to hear the romantic tidbits. I didn't know most of that, and I really don't want to hear it again...but it was good to be informed. :)

You may take a long tome to get to it, but you do such a good job when you do it! I loved all the pictures and the many stories. You were quite the little lion in your dating relationship. Who knew you were an attacker! I'm impressed! I'm excited for when you come out! We'll need to get everyone together!

i am one of the few and the proud who enjoy a little tag here and there. the pics even added a little flare-lovely!

You two are so cute!!! I loved reading all your cute stories. Your little boy is so adorable too. You look great, sounds like things are good for you.