That was so awesome and strange 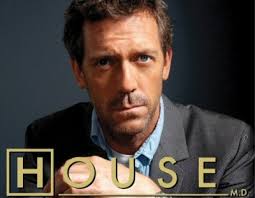 I knew that I was going to an episode of DWTS last night; I did NOT know, however, that I would get to be in my own little personal episode of HOUSE. Thank you for all your well wishes; I did wear a darling dress of Ashley's so good call everyone. Oh my gosh people. This has been the strangest anomaly of a very eventful and exciting week; I have had more first time experiences this week than I can ever remember in 25 years of existence. I will explain the rest of what I mean in an upcoming post when I am ready to talk about it-this one is devoted to DWTS. It was utterly delightful until the last ten minutes, which I neither saw nor remember being there for.

I didn't know that Steve was the one to go until we were walking out of the studio. I haven't even watched to see if my face was on TV right before I passed out. I thought it was. I thought as what's her face judge was talking that I was honestly going to die on camera. You know on all of the House preludes how they shoot from the patient's perspective and the world like fades away as they slip out of consciousness? That was me. I tried to stand up and applaud and couldn't. I knew there was only ten minutes left and if I could just survive without barfing into my purse or falling over and splitting my head open, I would be fine. Anyway, I would love to see what my face and eyes looked like right at that moment. We sat right behind the judges and had excellent seats to see nasty Carmen Electra do her striptease, RASCAL FLATS play while Chelsea Hightower and that other Utah chick danced with their partners. It was amazing. That was the highlight of the show. The dance floor, and really the entire studio, is so much smaller than you would ever guess. And yeah, let's just say Lil Kim has some amazing anatomy, even if it is fake. And Jewel is flawless in person. So when it was over they had a bunch of EMTs come over and give me Sprite and Mike and Ikes and escort me to the side to take all of my vital signs and crap. Yeah, I was that obnoxious person. It was so unbelievably embarrassing. They made me sign a bunch of release forms and I had to beg them to let me leave on foot. It was comical. This stuff does not happen to me. Anyway, I was and am fine-I just hadn't eaten very much, was wearing a tight girdle to keep, ah hem, things in place, had taken Excedrin for a headache, had been sitting in the lights for 4 hours, and had given blood the day before. So that seems like enough circumstances to make me a little ill. Plus, it made it way more interesting. Marie Osmond and I have now been seen by the same (pretty cute, I might add) EMT. So there you go. We had a blast. Sorry, no cameras or phones were even allowed inside the studio. Ashley took one picture in the car-not very exciting-but I will pirate it from her blog when she posts it.
Posted by Ashley at 9:03 AM

Man, oh man, that is an experience I will never forget! Here I was clapping so hard, I didn't even see you pass out right next to me. Fortunately the girl sitting on your right, or maybe it was the lady sitting in front of you, tapped me on my shoulder "Hey (you horrible person) your friend just passed out." Fortunately, you came to pretty quickly. But if I had my reasoning for this collapse...I think it was just the excitement of the night that got to you. ;) I'm glad you are A-OK.

and i can't wait for this other post you speak of. i hope it comes to being sooner rather than later.

Seriously? You've got to be kidding me. Did they show anything? I'm glad you're okay. I guess no more wild days out all fancied up for you!

Wow. Now that's a story. I wasn't sure whether I wanted to laugh or cry for you! (I laughed, of course.) Last night while watching, everytime the camera would pan into the audience Joe would say "Look for Ash!" and then he would say "I think I see her!" like 20 times. We didn't spot you though. Good thing your episode wan't caught on camera! :) Still jealous you went. Sad to see Steve-O go home. I like to root for the underdog!

Oh my gosh Ash I am sorry but I am laughing! I do feel bad that happened to you. but, here you are in a dream scenario and you pass out! I seriously love you!!

Oh my gosh I wish I coulda witnessed that! By the way all i can say is LUCKY! I'm referring to the part about you and Marie being seen by the same EMT...I have an obsession!

I can't believe that! I can only imagine the EMT's surrounding you and you begging them to let you walk!! I'd love to hear more about it!!